I took my three youngest – Glen 13,  John 11 and Red 6 – to the Royal Albert Hall in October half term to see ‘My Great Orchestral Adventure’. 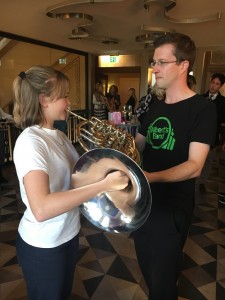 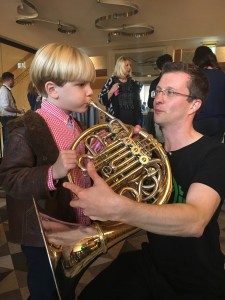 It was a brand new show premiered at the Royal Albert Hall taking children on a magical journey to find a supernatural baton, a concert in which they can vote on what happens next, whilst taking in everything from Mozart to Mahler to The Muppets.

The show was compèred by Tom Redmond alongside his brother Timothy who conducted the Royal Philharmonic Concert Orchestra.

I totally recommend going if it’s revisited : basically a mass sing along and live performance with real (well…) bears of  Michael Rosen’s ‘We’re Going on a Bear Hunt’.

By the way, Michael Rosen is our special guest next year at The Good Life Experience Festival. He isn’t doing  so many live performances anymore so get your tickets quick….